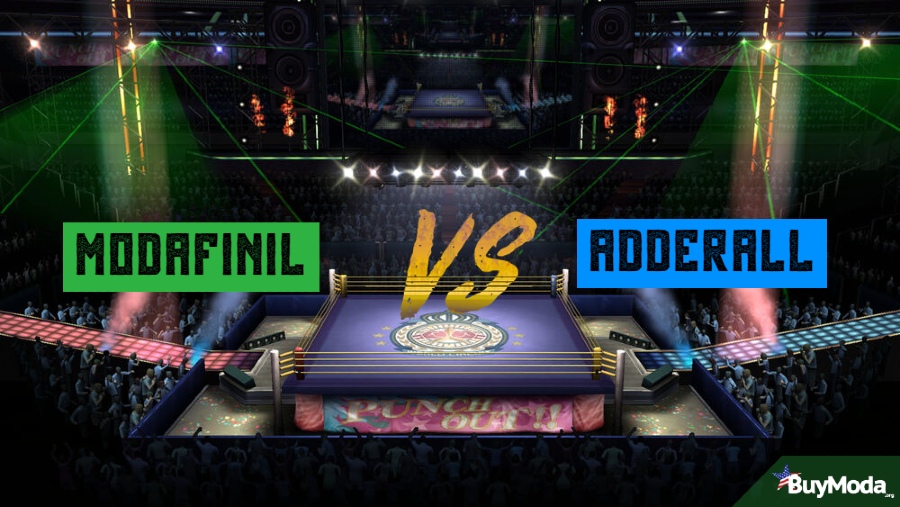 Nootropics are any natural or pharmaceutical substances that potentially improve mental skills. Known by many names – for example, cognitive enhancers, smart pills, go-pills, and so on. Nootropics are consumed by many of us, from students to working professionals up to dementia patients. Nootropics are either dietary supplements (such as caffeine or L-theanine), synthetic compounds (racetams like piracetam used by older patients), or prescription drugs (such as the classically known attention deficit hyperactivity disorder treatment medication Adderall and newer, promising drugs like Modafinil (Modalert, Modvigil)).

Adderall is a central nervous system stimulant, made of a combination of two amphetamine salts. It works by increasing the levels of neurotransmitters in the brain, which is a double-edged sword, as this makes it appealing for off-label use and results in dependency. This granted Adderall a Schedule II/IIN classification. While on the other hand, novel drugs such as Modafinil, a new breed of cognitive enhancer classified as a wakefulness-promoting agent, have a much lower Schedule IV rating. This is owing to Modafinil’s significantly lower risk of dependency and overall safety compared to Adderall.

In this article, we are going to take a deeper dive into these two wakefulness enhancers, Modafinil vs Adderall, look at their uses and side effects, and decide which is better for you to use. Find these helpful topics listed below for you to read, for instance:

What Are Modafinil and Adderall Used For

What is Adderall Used For

Adderall, a combination medication of different stimulants, has been used to improve attention, focus and to treat diseases such as attention deficit hyperactivity disorder (ADHD). It has also been used to treat sleeping disorders like narcolepsy or daytime sleepiness. This is a condition where a person experiences repeated, overwhelming episodes of sleepiness during inappropriate times in the day, unrelated to how many hours slept in the previous evening. People with narcolepsy cannot stay awake for extended durations during the day and their quality of life suffers, and that’s where the stimulant properties of Adderall come in. Adderall is also used to treat depression due to its ability to increase dopamine in the brain.

However, due to its stimulant properties, Adderall has significant side effects and, moreover, became a commonly abused medication among students, with the aim to improve academic performance and wakefulness. Several nicknames were coined for Adderall, for example, addy, adderoll, orange candy, study skittles, or study buddies. The use of Adderall without prescription continues despite its harmful side effects affecting the cardiovascular system and addictive components that lead to dependency and withdrawal symptoms upon ceasing use.

When looking at Modafinil vs Adderall, although they both work on treating sleeping disorders like narcolepsy, they do so via different mechanisms of action. Namely, Modafinil does not reduce daytime sleepiness using stimulants which Adderall contains, and thus avoids their entailed side effects. 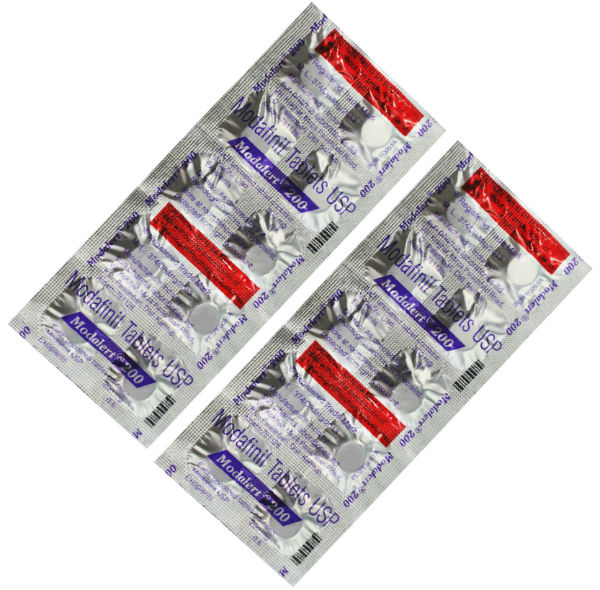 What is Modafinil Used For

Compared to Adderall, modafinil isn’t only used for narcolepsy, but for other sleep disorders such as obstructive sleep apnea, where periods of stopped breathing during sleep lead to a decrease in sleep quality, causing increased fatigue and tiredness during waking hours.

In addition, Modafinil has the added advantage of being able to treat shift work sleep disorder – a condition that affects people who work night shifts or rotating shifts in their jobs. Those of us who have that disorder end up suffering from increased sleepiness during waking hours and face difficulty falling asleep and/or staying asleep during scheduled sleeping hours. Modafinil is also used to treat depression, ADHD, brain trauma and to counteract the sedative effects of certain medications.

RELATED:
Is Modafinil an Amphetamine?

How Do Adderall and Modafinil Work

How Does Adderall Work

Adderall is a combination of two nervous systems stimulating amphetamines. Its mechanism of action is not exactly well understood; however, Adderall is believed to increase the level of brain neurotransmitters such as adrenaline, norepinephrine, and dopamine. The rise in adrenaline and norepinephrine leads to increased wakefulness, clarity, and focus, in addition to increasing blood pressure, heart rate, and decreasing appetite. Dopamine is a feel-good hormone, triggering emotions such as euphoria and happiness.

These effects make Adderall useful in treating narcolepsy and ADHD but can also explain why it is abused when assessing other nootropics vs Adderall. Adderall can linger in the nervous system, causing these effects to last for potentially unhealthy durations which may lead to severe side effects.

How Does Modafinil Work

Modafinil works in a similar manner – however not quite the same when compared to Adderall. Being a novel medication, modafinil was found to increase the levels of histamine, norepinephrine, serotonin, and also dopamine in several areas of the brain. While these neurotransmitters explain why modafinil is a good choice to treat narcolepsy, shift work sleep disorder, ADHD and depression, it has added neuroprotective effects which distinguishes modafinil as a unique drug.

Studies have shown that it increases creatine-phosphocreatine in the brain, which helps in promoting alertness, increasing metabolism, and protecting neurons. This makes it a superior drug choice when evaluating Modafinil vs Adderall.

Despite the fact that both Adderall and Modafinil are wakefulness enhancers and are used to treat similar conditions like ADHD or Narcolepsy, there are significant differences that exist between them. These differences are seen in how these two wakefulness enhancers stimulate brain activity, their uses (both approved and off-label), side effects, the risk for abuse, and other precautions, to name a few.

To help bring facts into perspective, check out this helpful table where we compare Modafinil to Adderall. Please note that this comparison list isn’t a complete document of all aspects relating to the comparing of Modafinil and Adderall.

Switching from Adderall to Modafinil

As Modafinil is a first-line wakefulness-promoting medication and a practical alternative to stimulant medication, studies have been conducted to explore the best methods to use when switching from Adderall to Modafinil.

The findings showed that, whether a step-up approach of Modafinil (200mg/day followed by 400mg/day), with or without a washout period between the previous drug and Modafinil, or by tapering down and titrating Modafinil up, all methods are well tolerated by the majority of patients with only mild or moderate side effects as commonly expected.

In short, you can make the switch from Adderall to Modafinil almost seamlessly without any cumbersome steps. Consult with your physician on the best regimen to follow and monitor for any potential side effects. 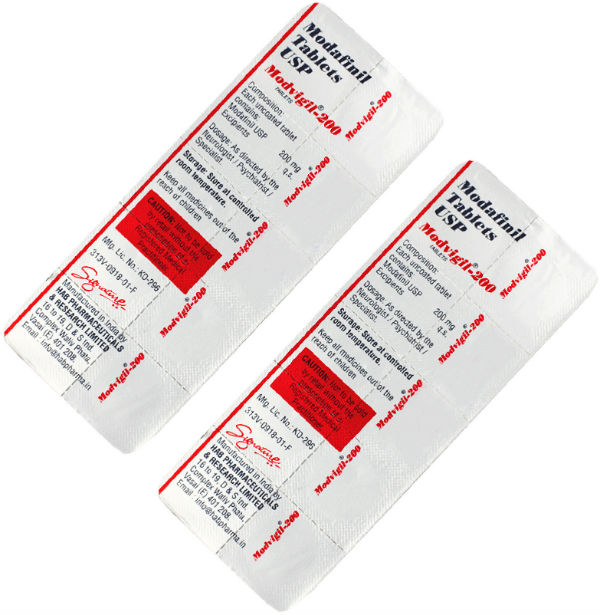 Can Modafinil and Adderall Be Taken Together

Contrary to falsely held popular belief, combining Modafinil with Adderall doesn’t lead to a synergistic effect. In other words, using both of them won’t give you twice the benefits. In fact, it can actually be quite risky.

Modafinil isn’t a central nervous stimulant like Adderall is, but a wakefulness-promoting agent. It acts similarly to Adderall and raises the levels of certain neurotransmitters in the brain, which, when taking Modafinil with Adderall, may lead to an overaccumulation of neurotransmitters and cause significant side effects.

The only instance where both Modafinil and Adderall are taken together is in certain cases of ADHD under a doctor’s supervision, where patients are closely monitored for any side effects and treated appropriately if they arise.

Check out these excerpts from reviews on Modafinil and Adderall:

“Most of my life, I’ve had a severe problem with excessive daytime sleepiness. I complained to doctors about fatigue just to hear them say that I’m depressed or I need to exercise more. My 1st sleep study was about 20 yrs ago and was told it was “sleep apnea”. I’ve narrowly escaped many wrecks while driving, gone to sleep at work-STANDING UP, talking to people, walking, during sex (bummer), on the back of a motorcycle, and any time I was still more than a few seconds and sometimes while moving.

I finally found a sleep specialist that put me on Provigil, and it changed my life. I take 400 mg in split doses. 200 in the AM and 200 around 1 or 2 PM most of the time. Sometimes I don’t need the 2nd dose. I’m 67 yrs old, fairly healthy, still working full-time, and have no plans to retire soon. I’ve been taking Provigil for 4 yrs with NO adverse effects. This drug is my miracle.” – Anonymous review, rated 31 times.

“ I have narcolepsy. Have been taking Modafinil for many years with good results. Recently the pill has changed and about 2 weeks after taking it, I started to get sick, and taking the pill was like taking a placebo. I began feeling drugged, nauseated, disorientated, dizzy, agitated, fatigued, and had to go to bed because I could not function. So I stopped taking the drug. I began reading the attached label and noticed that the drug had come from India. I became alarmed. Why would an American want to take a drug made in India?

This prescription was filled by Express Scripts. I had it filled by Walgreens – same scenario. I had a consultation with the pharmacist and wanted to know where Provigil was made. Apparently, it comes from Pennsylvania. He assured me the drug was safe and the FDA makes sure it is the very same drug. I went home and “Googled” the drug. There have been problems with Indian drug companies. The FDA warning letters have increased dramatically. I choose to pursue filling my prescriptions here in the USA” – Anonymous review, rated 11 times.

“I am a 48 y.o university professor diagnosed with ADHD. Started taking Adderall about 8 months ago. I have found that Adderall is very effective at helping me to focus and listen. Felt the side effects for about the first two or three days (teeth grinding and dry mouth), but they subsided, and I don’t have any issues with that now. I know that I’ll have to continue with this, probably for the rest of my life, but I think of it as a simple compound that my body chemistry is simply missing – so it helps me a lot. Amphetamines are an important drug that can work well for those who need it, but if you don’t, you are abusing it.” – Anonymous review, rated 166 times

“I am a mental health therapist and reading these reviews of Adderall makes me want to laugh and cry at the same time. I am also taking Adderall, and know in my heart that I am addicted, and struggle with knowing this every day. Knowing that I will become emotionless and cold, sleepless and edgy, but with a clean house and unhappy children who don’t understand why their mom is so tense and angry. This medication helped me at first, it felt like legal meth. Because that is what it is. I am not saying that everyone will experience what I am going through, but my sister also has the exact same problems. I caution everyone who is thinking about taking this drug to consider whether they can do it responsibly, and their family history of addiction.” – Anonymous review, rated 24 times

Other interesting reads about Modafinil experiences that you should also check out:

Modafinil vs Adderall: Who Comes on Top?

In summary, although Modafinil and Adderall are similar drugs, Modafinil is regarded as the first-line treatment for sleep disorders like narcolepsy. Owing to its efficacy, better side effect profile, higher tolerability, and lower potential for abuse, all reflected in the lower drug schedule rating Modafinil has compared to Adderall. It is also used off-label to treat ADHD and several other disorders, including obstructive sleep apnea and shift work sleep disorder. Thus, making Modafinil a wide-scoped treatment option with proven results.