Modvigil – US to US Only 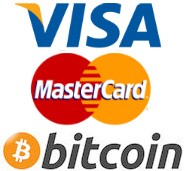 Modvigil by HAB Pharma is a direct competitor of Modalert from Sun Pharma.

Modvigil most often comes in a 200 mg tablet that is to be taken orally. It is most often taken once a day with or without food. Some people find that they only need 100 mg of Modafinil in order to see full benefits. In this case, you can split a single tablet into two pieces to achieve a smaller dose.

Those who are using it to combat with shift work disorder should take it one hour before the shift. (If your work shifts do not begin the same time each day, you should talk to your doctor about next steps.)

Modvigil is generally well tolerated when taken at prescribed dosages. There have been some common side effects reported in clinical trials and user reviews, including headache, nausea, back pain, anxiety, nervousness, heartburn, indigestion, vomiting, diarrhea, dry skin/mouth, and insomnia.

Insomnia is most commonly caused by taking Modvigil too late in the day. As mentioned previously, Modafinil has a long half-life (between 12-15 hours), and its stimulating effects last a long time. It is recommended to take Modafinil in the morning before noon, to avoid sleep disturbances that could occur if it is taken later in the day.
There is a $65 surcharge for this USA to USA service.

The Modafinil Mike guarantee is good for this product.

Expect tracks within 3-7 days, and delivery within 3-10 business days.

If there are any problems you will either be fully refunded or reshipped. Either way, you're covered.

- No more than 250 pills per order allowed

- Only Modivigil is allowed to be in this order. You may not mix this with non-flag icon products.

We will try to limit this so you can't mess it up, but if you do, it's on you and we will have to adjust your order by removing the other products you mixed in with this order.

* Once your tracking number is received which varies based on myriad factors.

1 review for Modvigil – US to US Only 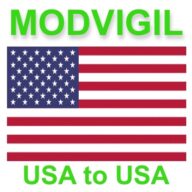